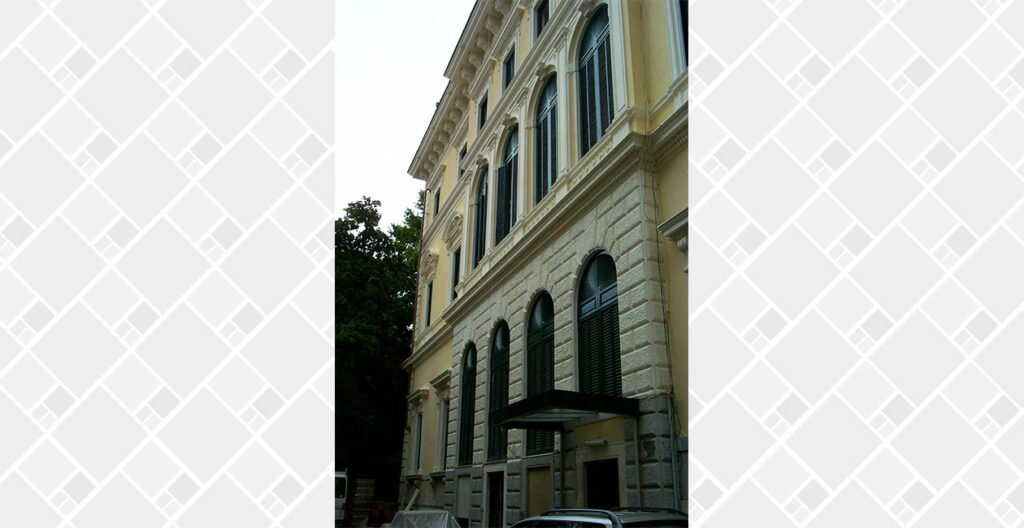 The project involved the restoration and consolidation of the Palazzo Lodigiani Gamberini, the seat of the Embassy of Turkey in Italy. On the whole there were several buildings: Check Point, Consulate and Embassy. The following is a schematic description of the interventions that affected each building.

The Check Point building consisted of walls made of self-supporting masonry, a roof with a double-pitched roof. In addition, a travertine plinth has been placed on both internal and external walls.
The Consulate building was developed on three floors, with this intervention has undergone significant changes:

– Closure of the two terraces in the operam, obtaining two new spaces;

– Replacement of the external staircase of access to the various apartments with a balcony in communication with the internal stairs. This solution offered the possibility to leave more space for the passage of the machines in the corridor between the Embassy and Consulate and then create a small parking lot in the corner behind the Embassy.

– Realization of the iron and glass staircase body covering that allowed the natural lighting of the access stairs to the offices.

An important structural intervention concerned the roof of the building consisting of wooden beams that can not withstand loads in compliance with current regulations. The intervention was therefore carried out by replacing the existing beams with wooden beams of a section suitable to withstand the existing loads, overlapping with these of the insulating panels and creating a new lightened screed and a new waterproofing with a slate sheath. As for the mantle of the coppi these have been reused for the possible. The broken elements have been replaced with others of similar characteristics. There has also been a great deal of care in restoring all the roof decor wooden shelves.

– Re-functionalization and structural operations: the transformations in the basement concerned the construction of premises for various activities, including archives, sauna and gym, kitchen with rooms for food storage, boiler room; a local changing room, a bathroom has been added and the room for the cellar has been moved and reduced.

On the mezzanine floor, the most significant change was the construction of a dressing room and a new masonry staircase that allows access to the basement services.

The first floor was transformed into a mini-apartment for the embassy guests; moreover, all the vaults of the floor have been restored, after a careful selection of the colors to be used.

On the second floor, the necessary modifications were made to the new use of the premises destined for offices of the embassy, ​​eliminating part of the partitions, thus making visible the whole time of the room. The same, given the particular artistic value, has been consolidated with injections aimed at restoring the adhesion of the stuccos to the reed chamber and restored. All other times have been restored with the most appropriate colors.

Finally, a new lift has been added that complies with current regulations for the entire building.

– Interventions on the vaults of the first floor: many of the vaults of the first and second floors were hidden by the suspended ceilings. Some of these showed obvious detachments of the fillers from the supports. Plaster restoration work has been carried out and the stuccos have been restored, carrying out a meticulous sampling of the various elements in search of the original colors.

– Interventions on the facades: the facades have been painted after an accurate analysis of the original colors, the ashlar has been treated with a particular travertine effect. The result was surprising and enhances even more the choice of color made for the construction of the facades. Furthermore, all the marble elements, such as the staircases, the columns of the roof terrace, the fountain, have been restored by regaining their proper architectural value. New fixtures have been installed that guarantee the building a superior energy class in compliance with the current legislative decree.

– Dehumidification of masonry: the dehumidification work along the entire perimeter of the Embassy was important. Just the ascent of humidity had over time irreparably damaged the plaster and upholstery of a room.

– Interventions on flooring: the floors of the building were subject to cleaning and polishing, while in a room on the mezzanine floor the consolidation and restoration of the parquet floor was carried out. Similarly, the mosaic floor of the same floor has been restored with the recovery of missing tesserae.

On the second floor has been added in a marble floor setting that is perfectly equal to that of the adjacent room which makes the corridor uniform and the whole room more prestigious.

– External paving: in the area around the fountain, a porphyry paving has been created, which makes the external space more homogeneous and increases its value and charm.

– Coverage of the parking lot: the new parking lot on the corner of the Embassy has been covered with an iron and glass structure. 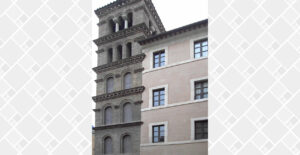 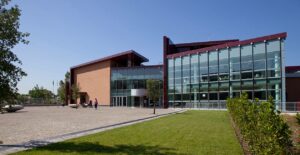 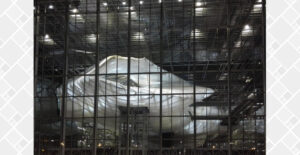 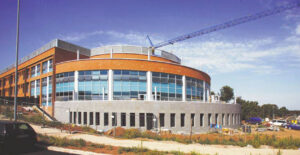