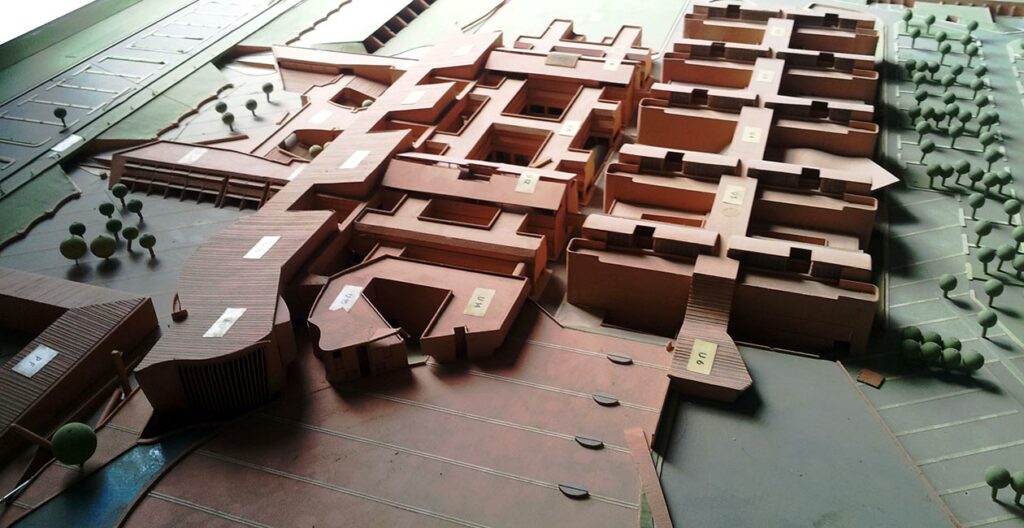 The intervention promoted was the development of a fire prevention project aimed at the implementation of the University Campus of the SUN – Second University of Naples, at the branch of Caserta. Campus of considerable size, close to 25 hectares, divided between the buildings of Didactic Assistance and Research. The design of the executive project by the architectural firm of prof. Massimo Pica Ciamarra concluded at the end of a competition organized by the University Institute, benefiting from the collaboration of the Itaca and Ove Arup design groups. Given the complexity of the intervention in question, in the aftermath of numerous changes that led to the presentation of subsequent variants, it was necessary to verify compliance with the regulations in force.

ASSISTANCE BUILDING – UNIVERSITY POLYCLINIC – SECOND UNIVERSITY OF NAPLES
The buildings of the Assistance welcome a 68,800 sq. M. Hospital with a capacity of 500 beds, located in 14 functional areas including specialist operative units, operating theaters, clinics, first aid, and relevant services. The first floor is divided into five levels and is dedicated to hospital support services and diagnostic areas: the second and third floors mainly host outpatient clinics and treatment services; the fourth and fifth floors are intended for inpatient services.
The fire-prevention project has paid particular attention to safety along the exit routes of users of the hospital, in particular of patients with walking difficulties, both through the verification of the so-called “progressive exodus” inside the building, from an area functional to the other, both through the installation of lifts and security lifts.

EDUCATION AND RESEARCH BUILDING – SECOND UNIVERSITY OF NAPLES
Inside the Campus is located the complex of buildings designed to accommodate the functions of Didactics and Research of the Second University of Naples. Like the Polyclinic in the immediate vicinity it too is characterized by the importance of the dimensions – about 90,000 square meters, differently divided between the two reference functions – and by the diversification of the designed environments, qualified by complex architectural configurations. The 70,000 square meters of Didattica provide separate classrooms for size and use, study rooms, administrative offices, a library; departments, laboratories, studios and operating centers are also located in the 22,500 square meters of Research. Particularly challenging was the design effort aimed at adapting the variations over time that followed the legislative provisions on fire safety. The verification of the effectiveness of escape routes from environments subject to variable fluctuations, frequented by users whose knowledge of the building is equally diversified, has guided the development of the project. 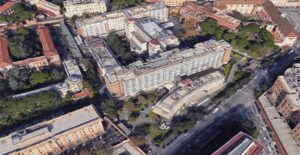 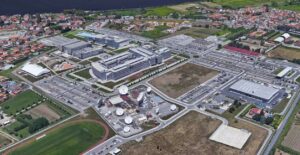 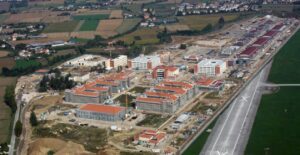